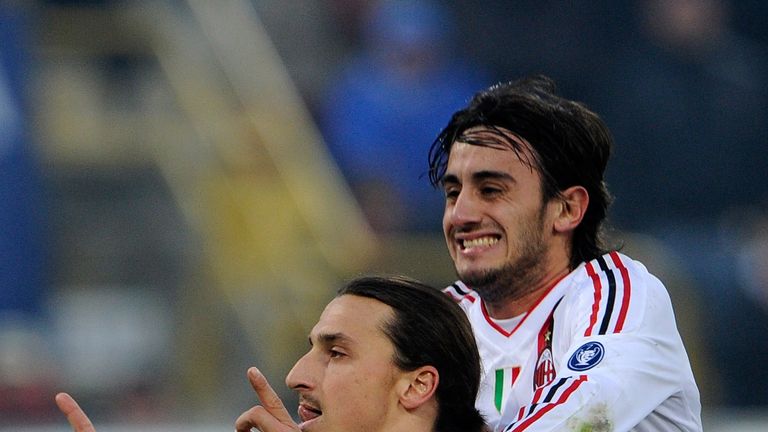 The Italian is on loan at Serie A side Sassuolo from Pescara at the moment. He has 38 caps on the international level and has played at top clubs like Roma, Juventus and Milan.

He named #One2Eleven players he has featured alongside. In between the sticks, he named Juve star Gianluigi Buffon as the man. He said he was “lucky” to play with him during his time at the Turin-based club. He said Buffon was the “best keeper” in “recent football history.”

In defence, he named Alessandro Nesta and Thiago Silva. He chose Silva but was shaken with the thought of leaving out Fabio Cannavaro. He chose Silva as he featured only a few times alongside Cannavaro. He described Silva as a “really strong defender” in his youth. He added that he has always admired Nesta even though he played with him in his last years.

Acquilani added Glen Johnson and Giorgio Chiellini. Since Chiellini plays in centre back role, he wanted to leave him out but he just could not. He wanted to name GianlucaZambrotta instead but ended up with Chiellini, calling him a “friend.” He named Johnson from his Liverpool days, describing him as player that could attack and defend.

Alberto added Francesco Totti but in attacking midfield. Zlatan Ibrahimovic and Fernando Torres were the selected strikers. He named Totti as “an idol” and “an inspiration.” On Ibrahimovic, he named him “a champions with a capital C” and Torres as a guy he met at the peak of his form.