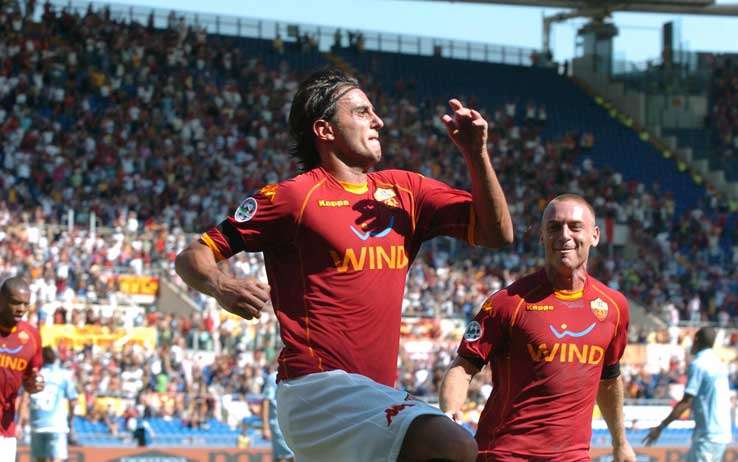 Aquilani made his debut for the first team at Roma at the age of 17. His first game was against Torino on May 10, 2002 under the guidance of Fabio Capello and it ended in a 3-1 win for Roma. Alberto Aquilani was sent on loan to fellow Italian team Triestina for the whole duration of the 2003/04 season so as to gain valuable first team experience. It was hoped that the loan move to the Italian Serie B would make him a better player.

Italian midfielder Alberto Aquilani broke into the AS Roma starting XI upon his return from his loan spell at Triestina at the start of the 2004/05 campaign. The highlight of his 2005/06 season at Roma was when he scored in the derby win over Lazio as his team set a new record for the most consecutive win in the league. The record was broken by Inter Milan in the following season.
Alberto Aquilani was expected to star for Roma during the 2006/07 but a serious injury ruled him out of action for several months. The midfielder returned to play three games at the end of the season including the last two. He had earlier been given the number eight shirt previously won Matteo Ferrari at the start of the campaign.
Aquilani was a frequent member of the treatment room for his last three seasons at Roma before he was snapped up by Premier League side Liverpool. It was revealed that the Reds paid €20m for him in addition to sporting bonus and he was given the number four shirt previously won by Sami Hyypia.