Italian footballer-turned-manager Alberto Aquilani has revealed that he would have had a splendid career at Liverpool if not for the goal from Uruguayan football icon Diego Forlan. 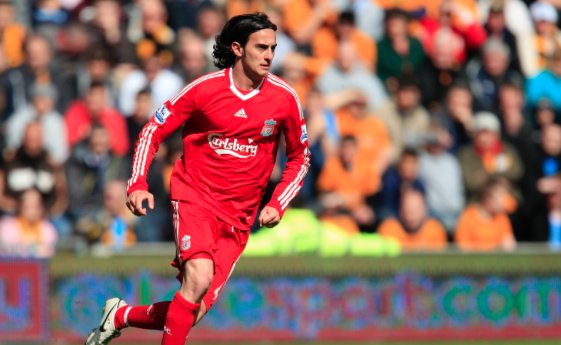 Spanish tactician Rafael Benitez was the Liverpool manager when the club signed Alberto Aquilani from Italian capital club AS Roma in a £17.1m deal in August 2009. Aquilani said that his luck would have changed with a first trophy at Liverpool in the Europa League.

He had to contend with injuries for the majority of his time at Liverpool. By the time Liverpool got to the latter stages of the Europa League in his debut season, Aquilani had become a regular in the starting XI as he had overcome his fitness issues during that period. The Italian was signed as a replacement for Spanish player Xabi Alonso who had left Liverpool to join Real Madrid in the Spanish league.
Alberto Aquilani and his Liverpool team had to navigate past a tough semi-final tie with Atletico Madrid from the Spanish La Liga to secure a place in the Europa League final.
Atletico Madrid won the first leg by a lone goal and Liverpool needed to score at least two goals without conceding to secure their place in the final. Aquilani and Israeli man Yossi Benayoun scored the two goals needed and Liverpool were on the way to a Europa League final place until Forlan scored a crucial away goal for his team. The away goal took Atletico Madrid to the final and they went on to beat another English team, Fulham to win the competition.
In an interview monitored by the Liverpool Echo, Aquilani said things would have been different for him at Anfield with that Europa League trophy.
During his time at Liverpool, injuries restricted Aquilani to 28 appearances and he scored twice in those games.