Donnarumma has a price tag of £119million

Being able to compete in a top league at the age of 16 is a historic accomplishment and this is something that AC Milan’s Gianluigi Donnarumma has been doing in this season with the Italian club. 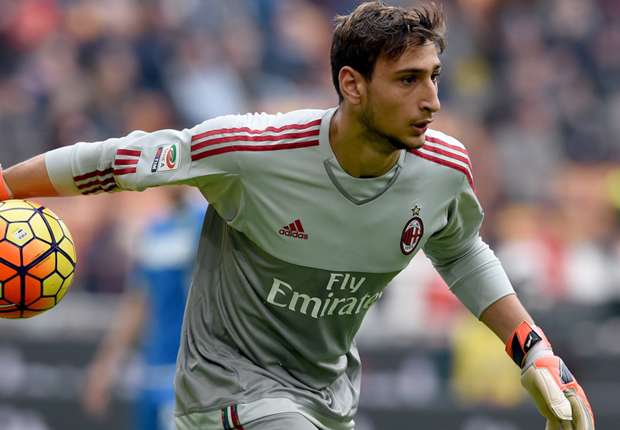 Gianluigi Donnarumma is the undisputed first team shot-stopper of AC Milan and being at such a young age, he has attracted the attention of the media who are already labeling him as the next big thing of Italian football and there are a number of clubs that have shown interest in signing the young prodigy.

Manchester United, Chelsea and Liverpool are a few of the top European clubs that are interested in securing the services of Donnarumma but according to the agent of the Italian shot-stopper, he is worth £119 million.

Even if any of those previously mentioned clubs do launch an offer in the region £119million, neither the player nor the club in themselves are interested in having a transaction be done. The odds of him moving on from AC Milan, who gave him is first chance, are similar to the ones you see when you bet on horses, and back the rank outsider at 100/1 - it might happen, but it would take a miracle!?

Donnarumma has stated in the past that he would like to continue performing with AC Milan and maybe even become an iconic figure in the Italian club; this is excellent news for AC Milan as the young player has displayed sparks of brilliance and Siniša Mihajlović wants to keep hold of Donnarumma for as long as possible.

Italian football is known for their world class defensive players. Defence has always been considered as the strongest department of Italian clubs. Some of the more recognized Italian players who have made an impact in the sport have been: Paolo Maldini, Alessandro Nesta, Franco Baresi, Fabio Cannavaro and Gianluigi Buffon.

Out of that list, 2 of those players used to perform for AC Milan but ever since Maldini and Nesta retired, they haven’t really had any world class defensive players but Gianluigi Donnarumma might be the next player who makes an impact in Italian football and Ac.Milan will surely want to keep hold of him.