Inter Milan chief Beppe Marotta has leaped into the defence of Luciano Spalletti following the Nerazzurri’s disappointing exit in the Europa League. The Serie A giants were one of the favourites to reach the semi-final stage of the competition but they bowed out at the last 16 phase after a shock 1-0 aggregate defeat at the hands of Eintracht Frankfurt. 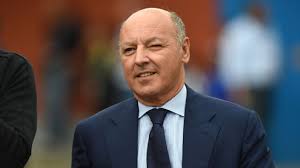 Following the game, there have suggestions that Spalletti’s position could be under threat but Marotta has clarified that the coach can’t take the entire blame for the team’s poor showing during the second leg where they suffered a 1-0 defeat in front of their supporters, he said: “The coach has nothing to do with it, difficulties arise objectively regardless of the name of the coach. With him we must reach this important goal. I consider Inter in a phase of corporate growth.”

Inter have gone through a tough run of form since the winter break with victories being a rare occurrence. As such, they have already surrendered the third position in the standings to arch-rivals AC Milan and they are currently just three points ahead of AS Roma in the race for the final Champions League spot.

In this state, “Spalletti has iterated that the club are capable of remaining in the fourth spot at the least for the remainder of the campaign“, he said: “The goal this season can only be the fourth place , it is not easy to reach because there “are high level competitors“. But we are absolutely capable of doing it.”

Inter’s next match comes against AC Milan in the San Siro derby on Sunday night and they can’t afford a defeat in that game with Roma breathing down their necks. Still, there remain concerns over who can find the scoresheet after managing just three goals from the previous four matches across all competitions.