Second-placed side in the Serie A, AS Roma have crushed their opponent lowly-placed Pescara 4-1 in an away game. The visitors thought they had sealed the game with four unreplied goals before Ahmad Benali got a consolation for the home side. 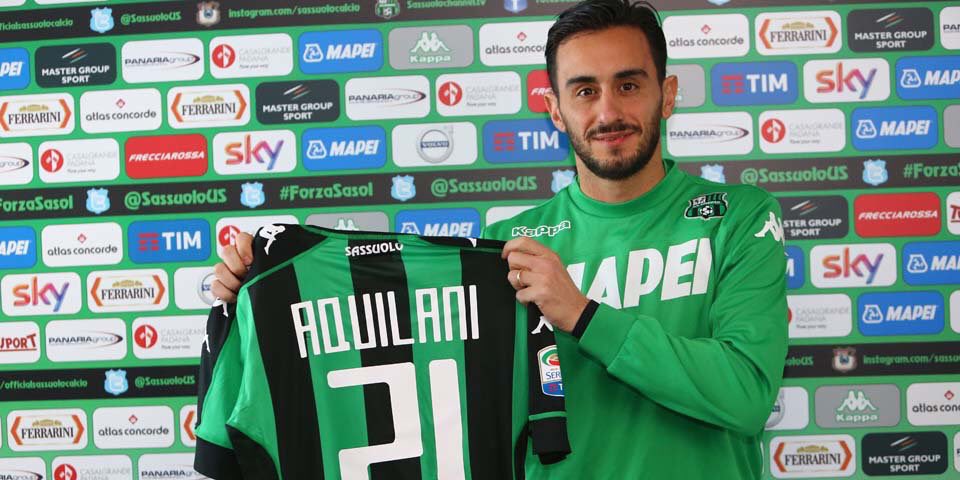 The victory sends them back within eight points of leaders Juventus. The Serie A defending champs still have a considerable chance of cruising to a sixth successive Serie A title this term.

Both giants will clash in an epic game on May 14, with tickets available here, though by then it may be too late for Roma, with Juventus having to win just one of their next 3 games to be assured of the title.

Alberto Aquilani was just the Prince that never was. The Italian was just the perfect Roman that excelled at AS Roma but then he decided to pitch his tent elsewhere without properly assessing or being ready for it.

There are the sterling ones like the Tottis, the De Rossi and the likes that are consistently up there for the Serie A side. Surely there are the ones that always disappointed in a Giallorossi shirt. Then there is this class of average players. That was where Aquilani was.

Sulley Muntari is set to return to the Serie A with his deal with Pescara completed. The former AC Milan midfielder left the club in the summer of 2015 to move to Saudi Arabia to play for Al Ittihad. Muntari, who has also featured for Inter Milan and Udinese, returned to help Pescara with the departure of Alberto Aquilani. The Delfini would play the former Ghana international in the midfield. The player is reportedly to have flown into the city already and training with his potential teammates.
The 32-year old agreed a deal with the Serie A outfit but he would be available to Massimo Oddo for selection once the deal from Al Ittihad is formalized.

Italian outfit Pescara have announced that former Liverpool midfielder Alberto Aquilani will be allowed to leave the club in January.

The former Roma midfielder has had a troubled time in the game ever since joining the Premier league outfit. He was one of the biggest signings made by former boss Rafa Benitez, but Aquilani struggled throughout his time at Liverpool. In fact, his career has been blighted with injuries and it has not allowed him to transform his great potential onto the pitch. Aquilani came to Pescara back in August on a free transfer and the 32-year-old has had recurrence of injury worries.

English Premier League side Liverpool have been named the topmost selling club in Europe, according to a report by CIES Football Observatory and Sportsmail.

The report disclosed the top ten clubs after considering the top five leagues in Europe and transfer dealing as far back as January 2010.

Alberto Aquilani originally joined Liverpool back in 2009 for a transfer fee of €20 million and this signing that was made by the Premier League is generally considered to be as an unsuccessful one, this is mainly due to the fact that Aquilani made less than 30 appearances in Anfield during his 3 season long stay.

The Italian midfielder sustained an ankle injury which made him unable to make consistent performances and was out of action for a significantly long period of time. Aquilani was later on loaned out to Ac.Milan and As.Roma before eventually being offloaded to Fiorentina.

Alberto Aquilani has spoken about the reasons for his exit from Liverpool after having been declared as a flop.

The Italian was signed from Roma by former manager Rafa Benitez for around £ 20 million. It was seen as a bargain at that time since Aquilani was one of the young and upcoming midfielders in Italy with a lot of talent, although he had a reputation for being injured too long. Benitez was hoping that his scientific approach to the game would help alleviate the injury worries for the midfielder but it was not the case. Aquilani was injured for a majority of his Liverpool career.

AC Milan manager Vincenzo Montella claimed that he feels extremely happy with the progress made by the team since his appointment.

The former Fiorentina manager becomes the new boss at the club. He takes over at a very difficult time since the club are going through a tough time on all fronts. Owner Silvio Berlusconi facing a lot of issues has translated into the club’s decline on and off the field. Even though there are rumours about an imminent takeover, Milan can think about a recovery only after a long time. For the time being, Montella has been brought in to steady the ship.

Former AS Roma, Liverpool and AC Milan player Alberto Aquilani has approved of the move to Serie A club Pescara. The player was linked with the club, but according to Gazzetta World, the long standing deal the Italian had with Sporting CP was a hindrance.

The report claimed the president of Pescara said that Mario Balotelli and Pablo Osvaldo are great players but just not suited to play for the club. It was also added that the club was open to a possible move of Aquilani if he would return to Italy.

Sampdoria president Massimo Ferrero has stated that he regret for not having signed a player such as Alberto Aquilani. He said that it was a player that he has always admired and that he would have definitely improved Sampdoria.

Massimo Ferrero stated that he did his best in order to sign the player when he was playing at Sporting Lisbon, but he regrets that the deal could not go through. He said that the Alberto Aquilani wanted to come to Sampdoria and had even agreed terms with the club but the Sporting Lisbon president just changed his mind at the last minute.

He said that the player had been frustrated by the turn of events, but it was not entirely his fault. He said that he wanted the player to come to Italy as he thought that he would massively improve the team.